Every year starting in January, we begin our road to The Golden Pineapple Fragrance Awards. For our 3rd annual awards, we started earlier. Much earlier. And with good reason. Since our inaugural awards started, fragrance brands from all over the world have wanted to be part of our event. At launch, we quickly became the most talked about online awards in the fragrance industry, but after the first awards finished, that’s when the fragrance world knew that The Golden Pineapple Fragrance Awards were the real deal. By the second year, our awards garnered so much attention, we reached new heights of excitement across social media! What makes The Golden Pineapple Fragrance Awards really stand out? What is the secret sauce that gives our awards recognition and prestige in the industry? That’s simple. We don’t gatekeep. In an industry that has held tight to old-world attitudes and worked so hard to keep entry locked tight, Pinappos kicked the gates wide open and let all perfumers enter. We’re not going to name names, but it is well-known that the fragrance world from the award shows, to designers, and perfumer schools are infamous for gatekeeping. We refused the rules of old and started new ones, giving fair and equal opportunity to all. After two years of shaking up the fragrance world, we’re about to make history with our 3rd year!

To enter into The Golden Pineapple Fragrance Awards, all a fragrance needs to do is qualify for one of the categories below. Though it’s highly encouraged, submission is not required. In consideration for nomination, the Pinappos Influential Press reviews all fragrances submitted, but also as fragrance lovers they’re trying all kinds of fragrances on their own. In fact, at our first-ever awards, Shawn Crenshaw’s Ovation for Men earned The Legacy Award without any submission. Enough members of our team had tried it and deemed it worthy of nomination. Whether a brand chooses to submit a fragrance or not comes down to one thing — how confident are you that your fragrances have been experienced by our nominating team. Then will that experience be impactful enough that it can compete against the hundreds of submitted scents? It can and has happened before. The choice is entirely up to you. If you are interested in submitting fragrances for consideration contact us here or DM us directly on Instagram @pinappos or @jasonarshan. If we don’t respond within 2 days, please contact us via one of the other methods.

Below are the categories for this year’s awards along with a description of each category, explaining what each award stands for. These categories are official. However, as with previous years, the potential for new categories to be added later is not only possible but highly likely. Stay tuned for updates and read on for more major news about the 3rd Golden Pineapple Fragrance Awards.

The Legacy Award
Representing a fragrance released previous to 2022, this award celebrates a fragrance that has maintained recognition, stature, and relevance.

Best Limited Edition Fragrance
Sometimes fragrances are released available only for a limited time or in a limited amount. Due to these limits, those fragrances often get left out of awards. This year we made sure to get our hands on every limited edition release we could to ensure the best get the recognition they deserve.

Best Solid Fragrance
Not all fragrances come in liquid form. Solid fragrances have quite a few special releases every year as well. Here we recognize the best of this year.

Best Fragrance Duo
When two fragrances from the same brand are released at the same time, sharing not only marketing but scent chemistry as well they deserve to be celebrated. Whether you’re wearing these side by side or layered, these are the two fragrances that work best together.

Best Franchise Fragrance
Sequels, reboots, and remakes aren’t reserved for TV and movies. Some of the fragrance industry’s best scents are part of massive franchises or the start of a new one.

Perfumer of the Year
Behind every gorgeous fragrance, there is an artist that composed its mastery.

Designer of the Year
Without a designer, many of our favorite fragrances would either be hidden in a perfumer’s personal collection or would not exist at all. The creative vision of a phenomenal designer can set everything else in motion.

Best Presentation
From bottle design to packaging, the best fragrance releases go beyond the scent to present themselves in display-worthy ways.

Best Campaign
The best fragrance campaigns not only show the fragrance, but tell a story that represents the scent in a beautiful and interesting way.

The Hall of Fame
Throughout the history of perfumery, there are people and fragrances that transcend their creations, influence the future of the industry, and have secured their place in fragrance history not only for their greatness but also for their significant importance to the industry as a whole.

In the past two years, when we did these awards, the Pinappos Influential Press would nominate their favorites, and then the public would vote for the winners. We love our readers and we’re once again excited for you to participate in our awards, but this year will be different. We’re scrapping the popularity contest in favor of something even fairer than before. This year, the Pinappos Influential Press will not only be selecting the nominations, but they will spend even more time with each nominated scent and without any bias or favoritism, they will be using solely their noses to determine the winners of each award. Besides in cases where it cannot be done, such as Best Presentation or Campaign, fragrance awards should be determined by fragrance alone. No distractions, no bias, just the scent. With that, we know the most deserving — no matter who they are, where they came from, the color of their skin, or their personal beliefs — truly earn the honors they receive.

One more thing. We did mention something about being excited for our readers to participate in our awards. This has been in the planning stages since we launched our first year of awards and now it’s finally time to make the most anticipated fragrance awards of the year bigger than ever. For the first time ever, The Golden Pineapple Fragrance Awards will be happening in person at a very special event! That means perfumers, designers, and yes, you the readers will get to experience these awards in person. Details for the event, how you can attend, and experience fragrance history being made is coming soon. Stay tuned! 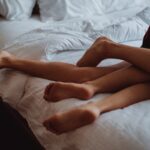 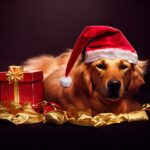