The nominees were selected by appointed members of the Pinappos Influential Press (PIP) — writers from Team Pinappos and influencers from all walks of life. All scent specific categories were tested completely blind, that is to say PIP had no idea the brands or perfumers and could only review on scent alone, therefore removing any possible bias in the voting process.

Fourteen categories make up this year’s awards. The categories are as follows:

Best Women’s, Men’s, and Unisex Fragrance are pretty straight forward. It’s worth noting, the nominees in these three categories competed against hundreds of fragrances, earning their place as the best of the best.  The highest honor — Fragrance of The Year — is awarded to the fragrance in those three categories that receives the highest number of votes total.

Additionally, The Hall of Fame, which along with Fragrance of the Year is not listed below, is the only category that is not determined by public votes. This honor is determined exclusively by the worldwide members of the Pinappos Influential Press.

The Legacy Award represents a fragrance that was released prior to 2021, but has maintained recognition, stature, and relevance.

Best Designer recognizes the brands as a whole that not only released great products in 2021, but also innovated and inspired the fragrance industry and community.

Similarly, the Perfumer of the Year award honors the individuals who have innovated and inspired, while also recognizing their hard work, craftsmanship, and artistry in fragrance.

Best Fragrance Duo celebrates two fragrances that were released together as part of a shared marketing campaign and smell amazingly together whether through layering or side by side.

While Best Soap gives recognition to the products that keeps us clean so we can smell our best.

Best Presentation is awarded to the stunning designs of the fragrance bottles and/or boxes.

Last but not least, Best Campaign recognizes the creativity, art, storytelling, and uniqueness in advertising.

© PHOTOS COURTESY OF RESPECTIVE BRANDS AND PERFUMERS. © ETHAN TURNER PHOTO COURTESY OF NICHOLAS ALEXANDER. IF ANY PHOTO HAS BEEN MISATTRIBUTED AND BELONGS TO YOU, PLEASE CONTACT US FOR CREDIT OR FOR REMOVAL. 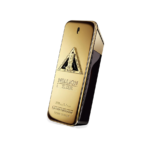 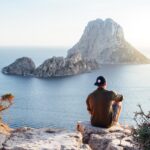