After months of in-depth research from the Pinappos Influential Press nominating the best fragrances of the year and over 18k votes from our readers, the time has finally come to announce the best of the best.

Congratulations to all the winners of this year’s Fragrance Awards!

Searching the entire globe for the best fragrances, the Pinappos Influential Press held nothing back. Whether it was a massive mainstream name or a small business — if their fragrances smelled above and beyond amazing, they earned a nomination. To be the best of the best, a fragrance has to beat the best of the best. The nominations for Fragrance of the Year are: Golden Wood by The HARMONIST, Perfect Intense by Marc Jacobs, and Signature TABAC by Zaharoff. The Golden Pineapple goes to:

Throughout the history of perfumery there are people and fragrances that transcend their creations, influence the future of the industry, and have secured their place in fragrance history not only for their greatness but also for their significant importance to the industry as a whole. This year we welcome three trailblazers of the fragrance industry into the Pinappos Fragrance Hall of Fame.

As a pioneer and inspiration to Black perfumers worldwide, as well as, people from all walks of life, Chavalia Mwamba paved the way for many and continues to show what’s possible in perfumery. Whether she’s creating stunning scents at her fragrance house Pink Mahoghany or other fragrance houses, her artistry in fragrance is one of a kind and her impact on the industry cannot be ignored.

The late great icon, Thierry Mugler was not one the fashion world would describe as shy. His designs were over the top in the best ways possible. With the 1992 release of Angel, Mugler is credited as the father of the modern gourmand. Since its launch, the gourmand category of fragrance has quickly become one of the most beloved in all of perfumery.

Discover the wonders of Thierry Mugler

To say CK One impacted the fragrance world is the understatement of the century. The 1994 release of CK One was earth shattering. It challenged fragrance expectations by blurring the lines of gender boundaries and opening perspectives not only to the existence of a unisex fragrance category but to the realization that scent doesn’t need to be worn by gender categorization at all. And even though these awards themselves celebrate fragrances in the marketed categories men’s, women’s, and unisex, since our launch we’ve embraced the fluidity of scent. An understanding and love for all things that smell good that we acknowledge we may never had considered if CK One didn’t challenge the norm nearly thirty years ago.

Behind every gorgeous fragrance, there is an artist that composed its mastery. The nominees for Perfumer of the Year are Christophe Raynaud, Claude Dir, Ethan Turner, Francois Demachy, Josh Meyer, and Kaya Sorhaindo. For his groundbreaking bespoke perfumery at Moi Fragrances and his celebrated collaboration with Senti Designs, The Golden Pineapple goes to:

Without a designer, many of our favorite fragrances would either be hidden in a perfumer’s personal collection or would not exist at all. The creative vision of a phenomenal designer can set everything else in motion. The nominees for Best Designer are Black Dahlia, Christian Louboutin, Hive Luxury Fragrances, Moi Fragrances, Mugler, Paco Rabanne, Penhaligon’s, The Harmonist, Tom Ford, and Zaharoff. The Golden Pineapple goes to:

Explore the Designs of Tom Ford

Arguably the biggest names of the fragrance industry are competing in this category. But there can only be one. The nominations for Best Women’s Fragrance are A Drop d’Issey by Issey Miyake, Alien Goddess by Mugler, Bloom by Hive Luxury Fragrances, Donna Born in Roma Yellow Dream by Valentino, Libre Eau de Toilette by Saint Laurent, Light Blue Forever For Her by Dolce&Gabbana, and Musc Noir Eau de Parfum by Narciso Rodriguez. The Golden Pineapple goes to:

2021 was a big year for men’s fragrances and these are by far the best of the best. The nominees for Best Men’s Fragrance are Addiction by Legends Avenue, Acqua di Gio Profondo Lights by Giorgio Armani, Bad Boy Le Parfum by Carolina Herrera, Light Blue Forever Pour Homme by Dolce&Gabbana, Luna Rossa Ocean by Prada, Phantom by Paco Rabanne, Ramble by Fulton&Roark, Sauvage Elixir by Dior, Signature TABAC by Zaharoff, and The Most Wanted Man by Azzaro. The Golden Pineapple goes to:

In one of the most talked about categories of this years award, the Best Unisex Fragrance nominees are Angora Oud by Gallup Perfume, Constantinople by Penhaligon’s, Eunoia by Maison de Darius, Golden Wood by The HARMONIST, Loubicharme by Christian Louboutin, MCM Eau de Parfum by MCM, Orphéon Eau de Parfum by Diptyque, Soleil Brûlant by Tom Ford, Somnium by Black Dahlia, and When the Rain Stops by Maison Margiela. The Golden Pineapple goes to:

Purchase Golden Wood by The HARMONIST

When two fragrances from the same brand release at the same time, sharing not just marketing but scent chemistry as well they deserve to be celebrated. Whether you’re wearing these side by side or layered, these are the best fragrance duos. The nominees for Best Fragrance Duo are Born in Roma Yellow Dream by Valentino, Excitant & Somnium by Black Dahlia, and Light Blue Forever for Him & for Her by Dolce&Gabbana. The Golden Pineapple goes to:

Of course we all love smelling great, but we take our scent game up a notch and make sure our homes smell amazing as well. The nominees for best home fragrance are Acceptance by Hive Luxury Fragrances, Cape Heartache by Imaginary Authors, Lava Rock Diffuser – Cobalt by Mixture, and Wild in Hollywood by Nomad Noe.

Soap has evolved so much since the days of the plain white generic nothing scents of the past. The nominees for Best Soap are Cape Heartache by Imaginary Authors, The Crooner Soap by Gentlemen’s Hardware, Ramble by Fulton & Roark, and Planta Futura Cactus Soap by Nopalera. The Golden Pineapple goes to:

Purchase Crooner Soap on a Rope by Gentlemen’s Hardware

From bottle design to packaging, the best fragrance releases go beyond the scent to present itself in display worthy ways. The nominees for Best Presentation are Eilish by Billie Eilish, Loubicharme by Christian Louboutin, MCM Eau de Parfum by MCM, Golden Wood by The HARMONIST, Moncler Pour Femme by Moncler, Phantom by Paco Rabanne, Signature TABAC by Zaharoff, and Somnium by Black Dahlia. The Golden Pineapple goes to:

The Legacy Award represents a fragrance that was previously released but has maintained recognition, stature, and relevance. The nominees are 1 Million by Paco Rabanne, Angel by Mugler, Blue Ridge by Fulton & Roark, Cafe Rose by Tom Ford, Jazz Club by Maison Margiela, Memoirs of a Trespasser by Imaginary Authors, Sauvage Parfum by Dior, The Tragedy of Lord George by Penhaligon’s, and Unconditional by Kirk Eliott. The Golden Pineapple goes to:

FRAGRANCE OF THE YEAR: A Whiff of Waffle Cone

THE LEGACY AWARD: Ovation for Men by Shawn Crenshaw 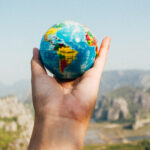 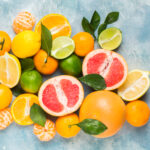