Pinappos is excited to announce our inaugural Fragrance Awards, honoring the best worldwide fragrance releases of 2020. Nominations will be be made by appointed members of our Pinappos Influential Press from all over the world. This diverse group of individuals will include members of our amazing writing team and other influential minds.

Nominations will be announced Monday, March 29th with voting opening to the public immediately upon their announcements, and the First Annual Fragrance Awards taking place in mid-April.

Fragrance of the Year
The highest honor at Pinappos’ Fragrance Awards and the winner of the coveted Golden Pineapple. That winner will be determined by the most votes received from the below three categories.

Best Women’s, Men’s, & Unisex Fragrance
At Pinappos, we don’t believe in gender specific fragrances, however, we do understand the marketing of it, so at least for our first year, three of our top honors will be divided by gender categories.

Best Franchise Fragrance
Sequels, remakes, and reboots aren’t reserved for movies and TV. In the fragrance world, they call these flankers. At Pinappos, we call them franchise fragrances. The best franchise fragrance indulges our nostalgia while exploring exciting new directions.

Best Fragrance Duo
Oftentimes a new fragrance releases with a male and female counterpart. Typically this is for marketing, with two widely different scents. Pinappos is honoring the fragrance duo that best complements each other.

Best Presentation
From bottle design to packaging, here we honor the fragrance that went above and beyond its scent to celebrate how a fragrance presents itself. This is the only category awarded not based on its fragrance.

The Legacy Award
The Legacy Award honors the best fragrance that was released in any year prior to 2020 but finds itself as worthy to wear this year. A legacy worth celebrating!

Best Soap
Cheers to smelling amazing while being clean.

Best Deodorant
Just say no to deodorants that make no sense. We’re looking at you “Avalanche” and “Cool Rush.” Pinappos honors those deodorants that go above clean and achieve amazing.

Best Hand Sanitizer
If ever there was a category inspired by the times — this is it. As people are encouraged more than ever to use sanitizer, it helps if the scent smells pleasant to wear. As such, we want our readers to know about the best scented hand sanitizers.

We look forward to celebrating the best fragrances of the year with the best readers in the world as we start a new tradition at Pinappos! 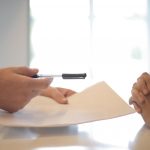 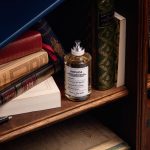