Team Pinappos is excited to announce that Pepper has returned this year with their second annual $5,000 startup grant for Black women! Pepper was founded on the need for bras designed for women with small boobs. It was able to launch their business thanks to a successful Kickstarter campaign giving them access to movie during the initial challenging launch stages. CEO, which launched out of a successful Kickstarter campaign, understand the impact having access to money can during the initial years of a new venture.

“We took $5,000 out of our savings to turn the initial idea of Pepper into a successfully funded Kickstarter project. Rather than adopting a growth-at-all-costs mentality that usually requires raising VC capital from the very beginning, we hustled for as long as possible so that we could grow our community the way we wanted. Now, we’re giving that $5,000 back every year in the form of a free grant.,” says Founder and CEO Jaclyn Fu, “But that’s not all: in addition to the grant, we are also committed to providing access to our own networks and mentorship opportunities.”

The Pepper Startup Grant is specifically for Black women business owners that have felt disenfranchised when looking to get the necessary capital to fund their businesses. Pepper hopes to change that. 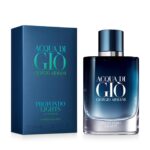 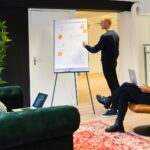