I’m baaaaaack. Did you miss me (eyebrows going up and down emoji…I know there’s no such thing but there should be…lol).

Holy $#!^!!! I just got done working for the Census Bureau. And by got done working, I know — terrible English, but I think my brain is still a bit fried from working the last two and a half months, pretty much 10-12 hours a day, seven days a week. My brain still hurts a little when trying to write a shopping list, let alone this article. I’ve been done two weeks (or later depending on if this is actually coherent when I submit it) now and I only just started feeling close to  normal again in the last couple of days.

The first census was ordered by our very first President George Washington and was executed by then Secretary of the State and future President Thomas Jefferson. The United States has conducted one every 10 years ever since.

Covid-19 has made a cluster-#$@* (I know, two and a half months of census work just makes you want to curse more about everything. Sorry, Mom) of everything, and the census was no exception. You probably received three to four mailers from the US Census Bureau trying to get you to respond with your information in the March-April time frame. Most likely you threw away three to four mailers from the US Census Bureau in the March-April time-frame. Of course because you never even opened that mailer, you had no idea you could just go online or make a free phone call to do it instead (BTW, some of you may remember these as “toll-free” calls, which were typically made from a large handset that hung on the wall of most kitchens in the United States).

You might find it a surprise that you are REQUIRED, by law, to respond to the United States Census. It is NOT optional and by not responding you could be subject to a $5,000.00 fine! So when you don’t return any of the three to four mailers sent to you, the Census Bureau hires folks, like me, to literally go door to door to talk to you in person. You would think that in a Covid world it would be really easy to find folks at home and get them to answer the 16 basic questions (plus seven additional for each additional resident of the home over one. Really not additional questions, just the same seven over and over again).

So census takers range in age from the early 20’s to folks (I’m betting, because I didn’t ask) in their 70’s. I believe they’ll be looking for a different way to do the census come ten years from now than going door to door, but I got to tell you, my assignments entailed visiting a LOT of apartment complexes.

I’ve also got to say that the pay was pretty good working for the census, especially once they hit “DEFCON 1” level and the US Government wanted to shut it down early. Lots of hours and overtime, as well as a Sunday differential. Oh and a nice bonus to go out of state to help other areas with their census work.

Right about now I’m betting you’re rubbing your eyes thinking, didn’t this guy used to be funny or at least insightful???

There will be a second part to this, and I promise it will be “lighter”.

Let me leave you with some information on why the census is so important to you, and to all of us.

The number of residents in a state determines how many Representatives each state is able to send to congress. For example, the state of Texas is projected to be gaining at least two and possibly three more seats based on this year’s census numbers. For those of you interested in the Presidential election, the number of votes that each state gets in the Electoral College is determined by census counts. Two votes for its senators, plus one per each Congressional district. The more members of the House of Representatives you have in your state, the more electoral college votes you have. So Texas will have an additional two to three Electoral College votes in the 2024 Presidential election.

Census statistical data is also extremely valuable for businesses when making decisions on where to add jobs or open new stores all over the country based on population data. So if there just aren’t quite enough Starbucks in your neighborhood, or you really wanted a Trader Joe’s near you, but it’s not happening, just blame your non-hipster neighbors for not participating in the census.

Oh, and for the latest update guess what else the census is going to determine this year? While it was originally slated to be distributed by need, original batches of Covid-19 vaccine will be distributed to states, BASED ON POPULATION!!! And where do you think they get those population counts? The United States freakin’ Census Bureau.

So what do you say now lady in a nondesrcipt apartment complex, somewhere in my area that wouldn’t let me take your census information because it wouldn’t do anything “specifically for me?.” Or gated community that has a homeowners rule  that specifically forbids census takers from entering your “community”. Or the guy that shoved me and threatened to hurt me if I didn’t leave his premises. These are just three of many that may have contributed to there being less vaccine available to you, your loved ones and the loved ones of your friends, neighbors, and others in your community. Think about that 10 years from now when the next census is taken. The life you save could be your own. 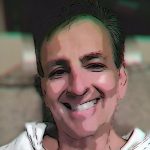 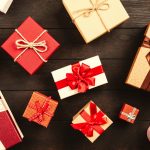